Dr. Peter McGraw, a marketing and psychology professor at the University of Colorado Boulder, is an expert in the interdisciplinary fields of emotion and behavioral decision theory. His research examines the interrelationship of judgment, emotion, and choice, with a focus on consumer behavior and public policy. He is becoming a leading force in moving the science of humor from the niche to the mainstream. The advantage that McGraw has over his predecessors is his ability to conduct state-of-the-art experiments with the help of the team he directs at the Humor Research Lab (aka HuRL).McGraw received a B.A. in psychology and M.Ed. in educational psychology from Rutgers University and an M.S. and Ph.D. in quantitative psychology from The Ohio State University. His post-doctoral training was conducted at Princeton’s Woodrow Wilson School. His work has been covered by the BBC, MSNBC, Scientific American, Wall Street Journal, and the Financial Times. Most recently, McGraw made the 2013 Stylish Scientist List – probably because he likes to rock a sweater vest. Joel Warner is a former staff writer for Westword, Denver’s alternative newsweekly, and he has also written for Wired, Bloomberg Businessweek, The Boston Globe, Slate, Grantland, and other publications. While he’s exposed dirty cops and tackled city hall corruption with the best of them, he prefers stories about beer-delivering robots, Shaquille O’Neal’s sense of humor, and globe-trotting coffee expeditions gone awry. His work has been recognized by the James Beard Foundation Journalism Awards, the Best American Sports Writing anthology, the Casey Medals for Meritorious Journalism, the Dart Awards for Excellence in Coverage of Trauma, the Magazine Awards of Western Publishing and the AltWeekly Awards, among other honors.A graduate of Haverford College, Warner lives in Denver, Colorado, with his wife, Emily, and their two children, Gabriel and Charlotte. According to the vagaries of the Internet, Warner is an international expert on Swine Flu and one of the leading authorities on Casa Bonita, the over-the-top Mexican restaurant made famous by South Park.

About the Humor Research Lab (HuRL)

The Humor Research Lab (HuRL) at the University of Colorado, Boulder is dedicated to the scientific study of humor, its precipitating factors, and its consequences. The lab’s theoretical and methodological base is in the interdisciplinary fields of emotion, judgment, and decision making, with an emphasis in social and cognitive psychology.

About the Benign Violation Theory

WarrenIn collaboration with Caleb Warren, McGraw has been developing and testing a general theory of humor called the benign violation theory.  The theory builds on work by a linguist, Tom Veatch, and integrates existing humor theories to propose that humor occurs when and only when three conditions are satisfied: (1) a situation is a violation, (2) the situation is benign, and (3) both perceptions occur simultaneously. For example, play fighting and tickling, which produce laughter in humans and other primates, are benign violations because they are physically threatening but harmless attacks.

The theory also explains why humor sometimes fails – either because the violation involved does not seem benign, or because it’s so benign there is no violation. For example, play fighting and tickling cease to elicit laughter either when the attack stops (strictly benign) or becomes too aggressive (malign violation). Jokes similarly fail to be funny when either they are too tame or too risqué. Click here for more information about the benign violation theory »

These images are licensed under a Creative Commons Attribution-ShareAlike 4.0 International License. Click on the thumbnails below for full-sized images: 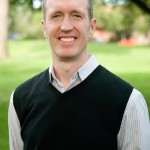 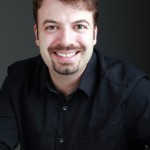 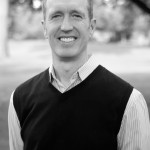 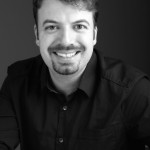 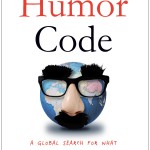 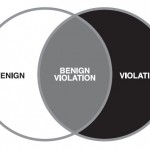 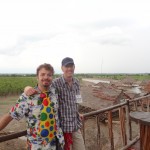 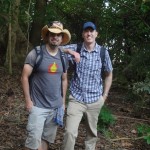 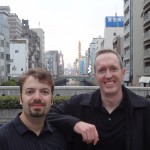 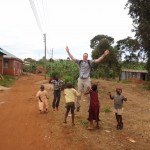 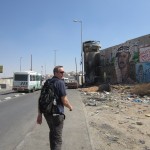 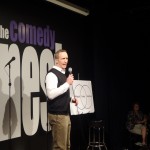 Peter McGraw at the Comedy Nest in Montreal 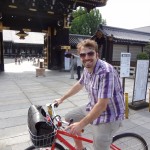 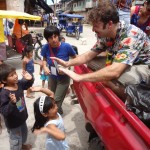 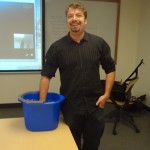 A visit to Ladonia

The Humor Code appears at The New Yorker Conference

Pete’s briefing on the cargo plane to Iquitos, Peru.